Far out in the California desert, a team of DARPA scientists has invented a device they affectionately call the Albuquerque Door. Using a cryptic computer equation and magnetic fields to “fold” dimensions, it shrinks distances so that a traveler can travel hundreds of feet with a single step. The invention promises to make mankind’s dreams of teleportation a reality. And, the scientists insist, traveling through the Door is completely safe. 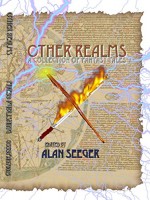 Strange things are afoot. Creatures never before seen are stalking the lands. Dragons, Orcs and Humans, among others, are competing for the spoils of the Kingdoms. In tales that will keep you hanging on until the very end, fourteen authors present the strange and wonderful for your reading pleasure.

Hillary Rodham Clinton’s inside account of the crises, choices, and challenges she faced during her four years as America’s 67th Secretary of State, and how those experiences drive her view of the future.

Lydia is dead. But they don’t know this yet . . . So begins the story of this exquisite debut novel, about a Chinese American family living in 1970s small-town Ohio. Lydia is the favorite child of Marilyn and James Lee; their middle daughter, a girl who inherited her mother’s bright blue eyes and her father’s jet-black hair. Her parents are determined that Lydia will fulfill the dreams they were unable to pursue—in Marilyn’s case that her daughter become a doctor rather than a homemaker, in James’s case that Lydia be popular at school, a girl with a busy social life and the center of every party. 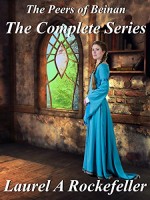 The Complete Peers of Beinan Series in one chronologically arranged volume! Paranormal dystopic mystery awaits you as nobles from rival Beinarian houses vie for wealth, power, and revenge. Unseen off world forces pull puppet strings, causing mayhem and destruction through tyrant kings and terrorists taking advantage of political and corporate corruption. But hope is not lost in this beautifully rendered science fiction epic filled with love, light, music, and hope.

From actor Cary Elwes, who played the iconic role of Westley inThe Princess Bride, comes a first-person account and behind-the-scenes look at the making of the cult classic film filled with never-before-told stories, exclusive photographs, and interviews with costars ...

The heart must be protected at all costs... but will Cassidy be able to afford the price? Cassidy has distanced herself from childhood friend, Tristan. She’s moved on from their days of best friend-hood and is attending college. And dating one of the most eligible males on campus. Life couldn’t be better. Really.

Since opening the Rose Harbor Inn, Jo Marie Rose has grown close to her handyman, Mark Taylor. Jo Marie and Mark are good friends—and are becoming something more—yet he still won’t reveal anything about his past. When Mark tells her that he’s moving out of town, Jo Marie is baffled.

Alex Mendez was hoping his tenure as Acting Captain of Longview Police Department's Homicide Division would be uneventful. As he kneels over a dead body, holding the ominous calling card of a serial killer with a twisted mission, any hope of a quiet reign falls by the wayside.

At once gleefully embracing and brilliantly subverting science-fiction conventions as only Ernest Cline could, Armada is a rollicking, surprising thriller, a classic coming of age adventure, and an alien invasion tale like nothing you’ve ever read before—one whose every page is infused with the pop-culture savvy that has helped make Ready Player One a phenomenon.

Although the London of the early 1950's holds its attractions, and love is blossoming between Lisa and her fellow trainee schoolteacher, Liam, Lisa stills nurtures resentment towards her Dad, who exiled her there from Sydney, leaving her in the care of her grandmother, six years before.

It is a universally acknowledged truth that high school sucks. But on the first day of his senior year, Greg Gaines thinks he’s figured it out. The answer to the basic existential question: How is it possible to exist in a place that sucks so bad? His strategy: remain at the periphery at all times. Keep an insanely low profile. It works for 8 hours. 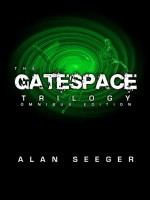