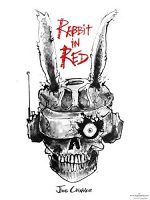 Bill Wise has blood in his past, so he turns to horror films to wipe it clean. Jaime Stein has felt the betrayal of death, so she too takes refuge in the on-screen deaths of others. Now Bill, Jaime, and seventeen other horror-loving teens have gathered at Rabbit in Red Studios, the brainchild of eccentric horror producer Jay “JB” Bell, for the terror-filled, blood-drenched contest of their lives.

Jim Jason - harassed, berated, and bullied at school - never thought he would be able to exact revenge against his fellow students. Then one day he finds an ancient book, The Tome. The many varied short stories whisper to him, telling Jim how to get even, to take what he wants in the world. He realizes the power on the yellowed pages and focuses all his lusts and desires onto the one girl he wishes to have.

Stan and Charmaine are a married couple trying to stay afloat in the midst of an economic and social collapse. Job loss has forced them to live in their car, leaving them vulnerable to roving gangs. They desperately need to turn their situation around—and fast. The Positron Project in the town of Consilience seems to be the answer to their prayers. No one is unemployed and everyone gets a comfortable, clean house to live in . . . for six months out of the year. On alternating months, residents of Consilience must leave their homes and function as inmates in the Positron prison system. Once their month of service in the prison is completed, they can return to their "civilian" homes.

If you were given a magical book that could grant your deepest truest wish, what would you wish for? Do you think you know your true wish? Nel does. She’s known it since she was six and now she may have a chance for her wish to come true. The Carte Dorare, a magical book that’s a century old, is calling out to her. It’s been hidden away for fifty years, but not forgotten. Everyone in the city of Drutherton is looking for it. Nel is the only one close enough to unearth it.

The ultimate critical biography of the King of Pop: a panoramic, vivid, and incisive portrait of Michael Jackson that explores and celebrates his influence in music, dance, and popular culture, drawing on 400 interviews.

It took the genius of Sir Francis Drake and an army of men to bury the contents of a Spanish Treasure Galleon somewhere in the land Drake called Nova Albion, and the only evidence they left behind was a small brass plaque that claimed the land for England. It only took one man to unravel the 400-year-old mystery surrounding the treasure's location and contents and he found it in his own backyard.

Is stress preventing you from enjoying your daily life? Do you find that you’re becoming more distracted or forgetful? Are “the blues” sapping your spirits? Or do you simply feel not quite like yourself?

Over the years, Melanie Merton has used every trick and ruse to repel overeager gentlemen callers without ever revealing the real reason she won’t say yes to an offer of marriage. When neighbor Walter George jumps to her defense against slurs cast by suitor number twelve, he also pries into her past—uncovering the circumstances around a tragic loss in her childhood and her aversion to being touched by anyone.

The golden age of adventure stories returns with this splendidly designed, action-packed, globe-trotting tale that combines the bravura storytelling of Kipling with the irresistible style of The Adventures of Tintin.

She’s an alien whose home world doesn't even know she exists. He just inherited a planet, and now he’s running from it. She has spent a lifetime hiding in plain sight. He wants to escape the spotlight. Her touch can heal. His wounds are deep. Two hearts, two planets collide. It’s the perfect union. Except the part where the world’s about to end.

"Some people might think that being 'furiously happy' is just an excuse to be stupid and irresponsible and invite a herd of kangaroos over to your house without telling your husband first because you suspect he would say no since he's never particularly liked kangaroos. And that would be ridiculous because no one would invite a herd of kangaroos into their house. Two is the limit. I speak from personal experience. My husband says that none is the new limit. I say he should have been clearer about that before I rented all those kangaroos."

It is now one hundred years since drugs were first banned in the United States. On the eve of this centenary, journalist Johann Hari set off on an epic three-year, thirty-thousand-mile journey into the war on drugs. What he found is that more and more people all over the world have begun to recognize three startling truths: Drugs are not what we think they are. Addiction is not what we think it is. And the drug war has very different motives to the ones we have seen on our TV screens for so long.

After a painful divorce, Sara Wolesley abandons her comfortable city life to take possession of a rundown cottage on a frozen lake. But escape isn’t that easy. Sara is broke and falling apart when she discovers the body of a child trapped under the clear ice. Her name is Oralee Pelletier and she has been missing for five months.

When Joe “Rick” Rickman, a former golden boy of the CIA, steals a massive amount of the Agency’s most classified documents in an elaborately masterminded betrayal of his country, CIA director Irene Kennedy has no choice but to send her most dangerous weapon after him: elite covert operative Mitch Rapp.