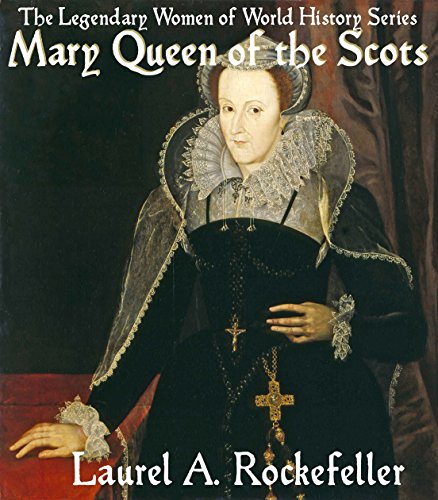 Queen Mary Stuart was one of the most beloved and controversial women in Scottish history. The granddaughter of King James IV and his wife Margaret Tudor, Queen Mary's status as heiress-apparent to the English throne paired with the violence of the Scottish Reformation set the stage for one of the most dramatic and poorly understood lives of the 16th century.

Taking place nearly a century before the events of A Game of Thrones, A Knight of the Seven Kingdoms compiles the first three official prequel novellas to George R. R. Martin’s ongoing masterwork, A Song of Ice and Fire.

In this two-work anthology we meet characters as diverse as the sweet, shy Linda and her femme fatale sister, Tessa; the likeable, loyal Lisa and her selfish stepmother-to-be, Eleanor, as well as an engaging group of their friends and family.

After ravenous corpses topple society and consume most of the world’s population, freighter captain Henk Martigan is shocked to receive a distress call. Eighty survivors beg him to whisk them away to the relative safety of the South Pacific. Martigan wants to help, but to rescue anyone he must first pass through the nightmare backwater of the Curien island chain.

The leadership enterprise is enormous, with billions of dollars, thousands of books, and hundreds of thousands of blogs and talks focused on improving leaders. But what we see worldwide is employee disengagement, high levels of leader turnover and career derailment, and failed leadership development efforts.

When Jon Krakauer reached the summit of Mt. Everest in the early afternoon of May 10,1996, he hadn't slept in fifty-seven hours and was reeling from the brain-altering effects of oxygen depletion. As he turned to begin the perilous descent from 29,028 feet (roughly the cruising altitude of an Airbus jetliner), twenty other climbers were still pushing doggedly to the top, unaware that the sky had begun to roil with clouds...

Wendi Wise is a troubled young woman who snorts her breakfast through a straw and spends more time in rehab than in the real world… Her life is seemingly out of control. But now she has a plan. That plan involves a sharp set of butcher knives.

Austin Valley appears as it always has, but Em Fuller knows that appearances aren’t what they seem. She knows under the surface, that cracks are starting to form in this seemingly well-manicured society. She’s responsible for creating these cracks...

“An eye-opening call to action from someone who rethought the whole notion of ‘having it all,’ Unfinished Business could change how many of us approach our most important business: living.”—People

Born Declan Patrick MacManus, Elvis Costello was raised in London and Liverpool, grandson of a trumpet player on the White Star Line and son of a jazz musician who became a successful radio dance-band vocalist. Costello went into the family business and before he was twenty-four took the popular music world by storm.