When her father falls into a coma, Indian American photographer Sonya reluctantly returns to the family she’d fled years before. Since she left home, Sonya has lived on the run, free of any ties, while her soft-spoken sister, Trisha, has created a perfect suburban life, and her ambitious sister, Marin, has built her own successful career. But as these women come together, their various methods of coping with a terrifying history can no longer hold their memories at bay. 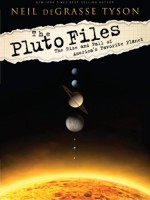 The New York Times bestseller: "You gotta read this. It is the most exciting book about Pluto you will ever read in your life." —Jon Stewart When the Rose Center for Earth and Space at the American Museum of Natural History reclassified Pluto as an icy comet, the New York Times proclaimed on page one, "Pluto Not a Planet? Only in New York."

The disappearance of a teenage girl and the murder of a middle-aged man, almost a quarter-century apart: what could connect them? Forming a wary truce, the surviving sisters look to the past to find the truth, unearthing the secrets that destroyed their family all those years ago . . . and uncovering the possibility of redemption, and revenge, where they least expect it.

Abby Thomas is spending the summer in a run-down old house with a bratty pre-teen named Merrideth she is supposed to tutor. Not a dream job. But it does come with perks. There’s John Roberts, a devastatingly attractive neighbor who is almost too wonderful to be real. And there’s the new computer program Beautiful Houses—also too amazing to be real. No one knows how it works, but with it she can rewind and fast-forward the lives of all the people who ever lived in the house

Eve Duncan is the most sought-after artist in the field of forensic sculpting. Dedicated to her work ever since her daughter Bonnie was taken and killed at the age of seven, Eve feels a sense of duty to those whose lives were lost and whose bones are now in her hands.

Since leaving home at the age of 18, Free has traveled the country trying to find a place to call home. Her travels afford a variety of experiences, from following the Grateful Dead to waitressing in Chicago to selling jewelry in New Orleans’ French Market, but nothing seems to quell her sense of unrest.

Sodas are astonishing products. Little more than flavored sugar-water, these drinks cost practically nothing to produce or buy, yet have turned their makers--principally Coca-Cola and PepsiCo--into a multibillion-dollar industry with global recognition, distribution, and political power.

Lucifer stills walks among us, testing the faithful at every turn. Then he discovers the reincarnation of Eve in a Dust Bowl revival tent … and their ancient passion threatens the world again. When Lucifer and Eve were together in Eden, their relationship changed the fate of humanity. What will happen if God brings them together again?

The only time teenage Wade Watts really feels alive is when he's jacked into the virtual utopia known as the OASIS. Wade's devoted his life to studying the puzzles hidden within this world's digital confines—puzzles that are based on their creator's obsession with the pop culture of decades past and that promise massive power and fortune to whoever can unlock them.

Braineater Jones wakes up face down in a swimming pool with no memory of his former life, how he died, or why he’s now a zombie. With a smart-aleck severed head as a partner, Jones descends into the undead ghetto to solve his own murder.

The love, life, and work of two brilliant scientists, Marie and Pierre Curie, are woven together in this highly artistic biography. The book has passages that read like a scientific journal, some that feel like an artist’s notebook, and others that feel like a love story told in a novel. Although the work does focus on both scientists, Marie is at the forefront through much of it. Her identity of scientist, lover, and mother is examined in a soft and artistic way. -- Alison O., DC Public Library

The basis for the smash hit Tony Award-winning Broadway musical, Gregory Maguire's breathtaking New York Times bestseller Wicked views the land of Oz, its inhabitants, its Wizard, and the Emerald City, through a darker and greener (not rosier) lens.

Emily Benedict has come to Mullaby, North Carolina, hoping to solve at least some of the riddles surrounding her mother’s life. But the moment Emily enters the house where her mother grew up and meets the grandfather she never knew, she realizes that mysteries aren’t solved in Mullaby, they’re a way of life...