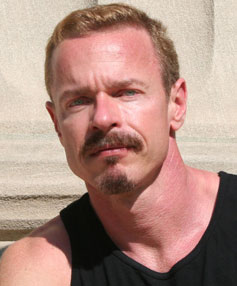 Jeb Kinnison grew up in the Midwest. He discovered science fiction in second grade, starting with Tom Swift books and quickly moving to Heinlein juveniles and adult science fiction.

When he was twelve, he discovered the collection of city telephone books in his local library, pretended he was doing a paper and called Isaac Asimov. They spoke for a long time, and Asimov sent him a postcard encouraging him to write.

He studied computer and cognitive science at MIT, and wrote programs modeling the behavior of simulated stock traders and the population dynamics of economic agents. Later he did supercomputer work at a think tank that developed parts of the early Internet (where the engineer who decided on ‘@‘ as the separator for email addresses worked down the hall.) Since then, he has had several careers—real estate development, financial advising, and counselling.

He retired from financial advising a few years ago and has done some work in energy conservation and relationship issues. He is known for his popular books on attachment types and began writing science fiction with the Substrate Wars series.

Visit his web site at JebKinnison.com for more: rail guns, Nazi scientists, the wreck of the Edmund Fitzgerald, the 1980s AI bubble, and current research in relationships, attachment types, diet, and health.

Visit the Substrate Wars website at SubstrateWars.com for more on upcoming books, physics, and the politics of the future. 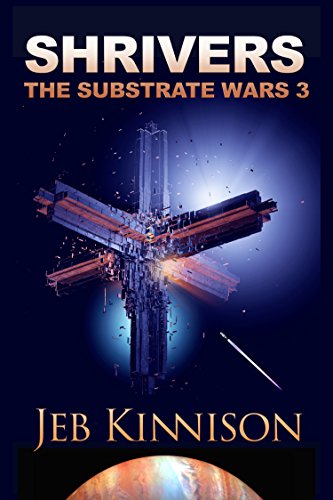 In this third book of the Substrate Wars series, ten years have passed since the student rebels invented quantum gateways and tamed the world’s governments. Replicators have ended hunger and need, and colony planets have allowed everyone who wanted independence to settle new worlds. This peace and prosperity is threatened when scientists discover evidence that other civilizations have been destroyed by the planet-scouring Shrivers, who intercept an Earth probe and discover Earth’s location in its memory. The rebels and Earth governments have to cooperate to ...    Read More >