I’m the author of fifteen titles, most of which are of the sweet romance genre. In November 2015, I was awarded a Second Prize in the Short Story section of the Hurstville Discovery Writers Awards, as part of the Discovery Festival of Community Arts, for ‘More Than a Mere Bagatelle’. In the previous year, another of my stories, ‘The One That Got Away’, was ‘Highly Commended’ in this same competition. Each of these stories has been selected for inclusion in anthologies.

I’m happily married to the creator of the Grand Organ in the Sydney Opera House Concert Hall, Ronald Sharp B.E.M. We share our suburban Sydney home with our little Maltese dog named Chicki, and a pair of budgerigars named Albert and Victoria. 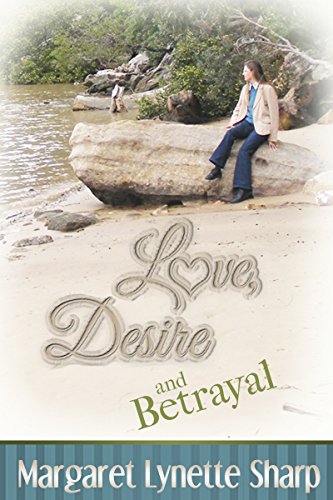 Four young women: Michaela, Sally, Amelia and Lauren. All Australian. All destined to find that the course of real love is not smooth sailing.     Read More > 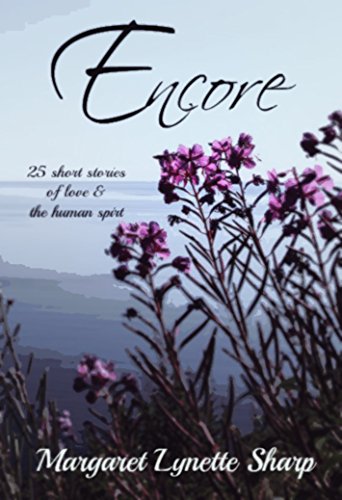 With her Mum and Dad overseas, sixteen year old Annie is left in the care of her happily married sister, Sarah. Alarm bells ring in Sarah's head when she learns of the teenager's infatuation with seasonal worker Keiran, whose good looks, charm and maturity ensure he is never short of attention.     Read More > 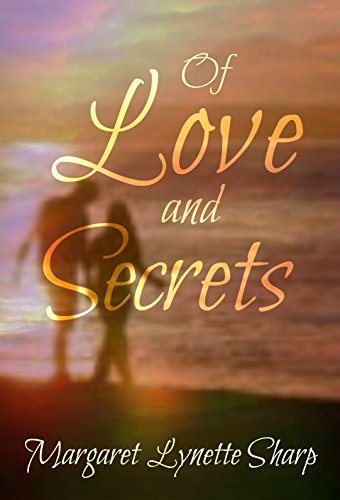 This is the story of an eighteen-year old woman as she battles for autonomy and a life of her own. Still living at home, under the ever-watchful eye of her domineering mother, Jenny struggles to build a life and find love. What is her destiny?    Read More > 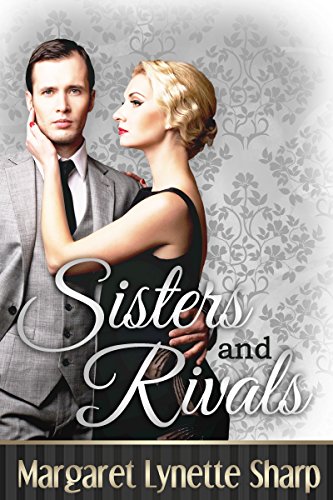 It's the early nineteen fifties, and the nascent romance of two young Sydneysiders is about to be challenged. Linda is being courted by an ambitious young carpenter named Harry. Seemingly without effort, he passes the scrutiny of her parents and they encourage her alliance with him. Trouble brews, though, when her sister Tessa lays eyes on him and, despite her engagement to a young accountant, makes her feelings abundantly clear.     Read More >

Although the London of the early 1950's holds its attractions, and love is blossoming between Lisa and her fellow trainee schoolteacher, Liam, Lisa stills nurtures resentment towards her Dad, who exiled her there from Sydney, leaving her in the care of her grandmother, six years before.    Read More > 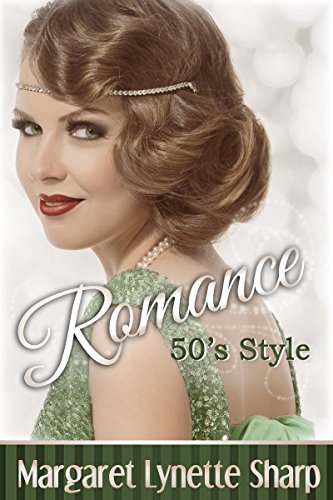 In this two-work anthology we meet characters as diverse as the sweet, shy Linda and her femme fatale sister, Tessa; the likeable, loyal Lisa and her selfish stepmother-to-be, Eleanor, as well as an engaging group of their friends and family.     Read More >

First story, “The Girl Next Door”. Will Allen ever find the confidence to ask his beautiful young neighbour Vicki to go out with him? Will fickle fate contrive to spoil his plans? Find this and twenty-seven more delightful romantic vignettes set in Australia within this collection by award-winning author Margaret Lynette Sharp.    Read More >

Twenty-one-year-old Amanda thinks that she and Kevin, a guy from the right side of town, are falling in love. Doubts creep in, though – doubts that threaten to undermine her self-esteem, her contentment, and their fledgling love. Will their relationship survive her meeting with members of Kevin’s well-to-do, snobbish family? Or will fate contrive to offer her a different, wholly unforeseeable pathway? Set in Sydney, Australia, during the 1950’s, this story by award-winning author Margaret Lynette Sharp offers an engaging read for lovers of sweet ...    Read More > 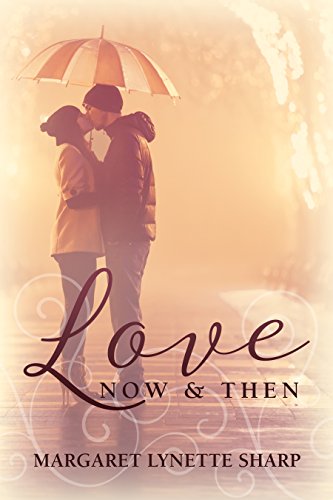 Two love stories – one of today, one of yesteryear. Two young women – Jenny and Amanda – confronting the complexities of life and love. Can either overcome her niggling doubts about her lover’s fidelity? Previously published as ‘Of Love and Secrets’ and ‘Uncertain Love’, this compilation by award-winning Australian author Margaret Lynette Sharp promises to be a compelling page-turner for lovers of sweet romance.    Read More >

‘Michaela Betrayed’ is the ninth work published by Australian author, Margaret Lynette Sharp. The heroine, Michaela, is a young and gifted music student, the recipient of a prestigious scholarship, compelled to choose between staying with her first love and apparent soulmate, Thomas, and crossing the globe to pursue her academic and professional ambitions. What part of those ambitions are truly her own, and what part submission to the desires of her parents, Michaela isn’t sure. Her father, whose own career as a concert pianist was ...    Read More > 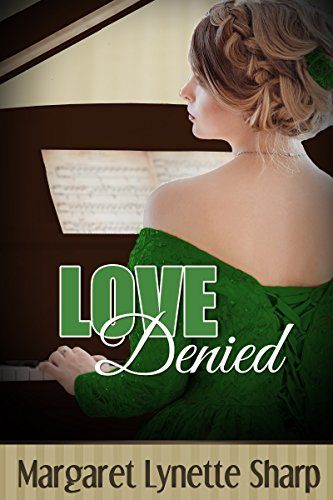 At thirty-one, Elizabeth, a music teacher fulfilled by her craft and dedicated to her students, is still single and living at home. Unexpectedly, the father of one of her students seems to want to court her. Edward, a well-heeled solicitor still recovering from the tragic death of his young wife, invites Elizabeth to dinner at his home – a home complete with a magnificent piano that he invites her to play. Out of the blue, Elizabeth receives a letter from her former admirer, Tom – ...    Read More > 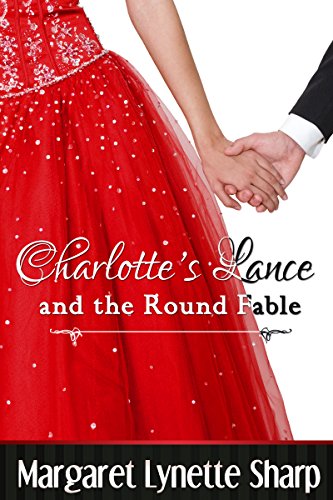 Almost on the eve of her nineteenth birthday, Charlotte – the daughter of a wealthy property developer – starts to date handsome, ambitious, fellow university student Lance. Trouble brews when Lance throws his weight behind an environmental cause that’s in direct opposition to the plans of Charlotte’s father. Will Charlotte follow her heart, or succumb to the demands of her family?    Read More > 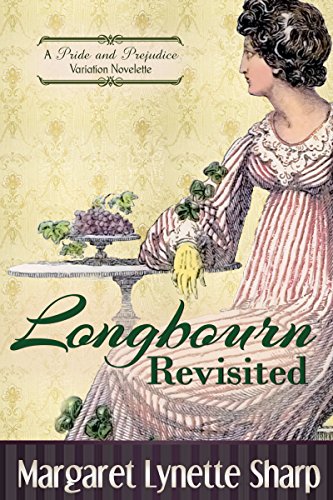 When news of Mr Bennet’s illness arrives at Pemberley, Elizabeth finds that she must set off for Longbourn without the company of her husband, Fitzwilliam Darcy, who has business in London requiring his urgent attention. What unexpected events will further disrupt the apparent harmony of Elizabeth’s life? Will Hodges, Mr Bennet’s young physician, be captivated by Catherine Bennet, thus fulfilling the desires of Mrs Bennet? Will Mary be left behind to attend to her mother’s selfish wishes?    Read More >

Two very different stories, each set in the Australia of the 1950’s… The first, ‘Love Denied’, tells the story of a thirty-one-year-old music teacher named Elizabeth, whose love life stands to be derailed yet again by her selfish, manipulative mother. The second, ‘Charlotte’s Lance and the Round Fable’, spotlights the conflict arising from Charlotte’s devotion to her new boyfriend, Lance, a fervent environmentalist, and her loyalty to her father — inevitably, of course, a wealthy property developer. Published previously as separate volumes, both tales provide ...    Read More >

A compilation of three scintillating short stories: ‘The One That Got Away’, ‘More Than a Mere Bagatelle’, and ‘Chance Encounter’, all written by Amazon best-selling and prolific Australian author, Margaret Lynette Sharp. Both ‘The One That Got Away’ and ‘More Than a Mere Bagatelle’ have taken awards at the Hurstville Festival of Community Arts Literary Competition (in 2014 and 2015, respectively). The third story, ‘Chance Encounter’, is a sweet, nostalgic romance, crafted specifically for this new volume. This title has been awarded 5 stars by ...    Read More >

Almost one and twenty years have passed since Elizabeth gave birth to her first child – a son, Fitzwilliam Edward Darcy. Since then, another child – a daughter, Juliette Elizabeth – has also entered the world, and has grown into a fine young lady. With her son’s birthday drawing nigh, the Mistress of Pemberley devises a plan to give the younger Fitzwilliam a day to remember.    Read More >

Short story. On the day before her daughter’s wedding, Elizabeth’s felicitous thoughts give way to consternation when she learns that Lady Catherine de Bourgh’s granddaughter, Amelia, has threatened to boycott the ceremony if her demands are not met by the Darcy family. Will Juliette’s special day be marred by Amelia’s vengefulness? Australian author Margaret Lynette Sharp provides yet another engaging glimpse into the Regency world of Jane Austen.    Read More >

Short story. As her wedding-day approaches, Maria – the eldest daughter of Jane and Charles Bingley – ponders what her future marriage will hold. Her fiancé, Edgar Williams, is considering abandonment of the militia to relocate with her to his uncle’s farm in Yorkshire. Yet, unbeknownst to Miss Bingley, another scandalous rumour concerning Edgar has reached the ears of Lady Catherine de Bourgh. Is there real substance to this insidious gossip? Will Maria’s heart be broken?    Read More >