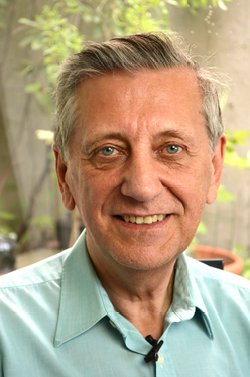 The first poem TM Thompson wrote was in 1977 but he never considered himself a poet until about 5 or 6 years later when he had written a reasonable number of poems. In those early poems the subject matters were usually something specific he wished to say to a specific individual. Intent was to Empower individuals or Enlighten them. Many of the poems he writes today are meant to Empower or Enlighten the reader. His inspiration for his poems come from something someone says, something he sees or hears, which often trigger the first line. From that point on the rest just flows.

A compilation of thirty poems to Empower, Enlighten and Entertain. Some poems deal with love and romance, others are playful, while many explore the nature of reality and experience. "Simple and touching poetry." ~ Callie Kares    Read More >