David had always fought to protect others, even before he knew who he was. He defended those that could not defend themselves. In the eternal battle between good and evil, he balanced the scales. He saved countless. . . but he couldn’t save her. He failed the love of his life.

After three years drunk in an alley, he still refuses to listen to the truth his heart is trying to tell him. But when. . .

the tequila no longer numbs his guilt,

can the mysterious two-thousand-year-old Emma, or the Archangel Michael, get David to wake up in time?

Join David and his battle companion Saint Bernard, Duke, as they embark on an epic tale of loss, guilt, and possible redemption. As the darkness that has settled on David’s soul slowly lifts, a battle that he cannot win awaits. Can David and Duke avenge their loss?

To do so, the very gates of hell await.

Avenging Love is the first novel of the trilogy in the Trinitarian Knights Collection. Filled with fast-paced action sequences, a strong love story sub-theme, supporting characters that will have you cheering, and a pompous prideful Satan that may just have you rolling on the floor laughing, Avenging Love is a must read. 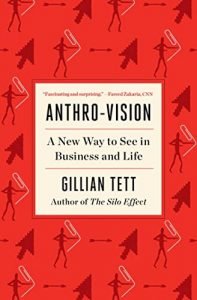 While today’s business world is dominated by technology and data analysis, award-winning financial journalist and anthropology PhD Gillian Tett advocates thinking like an anthropologist to better understand consumer behavior, markets, and organizations to address some of society’s most urgent challenges. Amid severe digital disruption, economic upheaval, and political flux, how can we make sense of the world? Leaders today typically look for answers in economic models, Big Data, or artificial intelligence platforms. Gillian Tett points to anthropology—the study of human culture. Anthropologists learn to get ...

Learn more about why your child’s anger and discover actionable methods to begin using today to help overcome the behavior caused by oppositional defiant disorder (ODD). Are you and your child struggling to cope with managing or understanding their anger? Is your child excessively negative, withdrawn, or lacking confidence? Do you want to discover methods to build happiness for you both? Oppositional defiant disorder (ODD) is one of the most common childhood disorders. It affects children and adolescents and is characterized by a range of ... 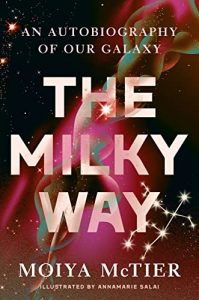 NAMED A BEST BOOK OF 2022 BY PUBLISHERS WEEKLY Astrophysicist and folklorist Dr. Moiya McTier channels The Milky Way in this approachable and utterly fascinating autobiography of the titular galaxy, detailing what humans have discovered about everything from its formation to its eventual death, and what more there is to learn about this galaxy we call home. After a few billion years of bearing witness to life on Earth, of watching one hundred billion humans go about their day-to-day lives, of feeling unbelievably lonely, and ...

How could her little one go to sleep on such a bright and beautiful winter night? Spend quality time with your own little ones reading this magical children’s book. Told with vibrant, hand-painted illustrations, My Moon is a lovely tale about a mother and her baby as they spend a cozy time together on an increasingly bright and snowy night. Wonderful as a gift or as a reading aide for children 3-6 years of age.