In Neil’s mind it started with the man in the park. Or, more specifically, with the vicious bite the man had given Neil. He was wrong about that. The December Plague had started weeks earlier, though no one knew it.

The early symptoms were so mild that almost no one noticed them. A scratchy throat. A feeling of lethargy that you just can’t shake. But then the slurring started. And an intense irritability. Finally, an irresistible urge to bite and consume accompanying an uncontrollable rage.

The Infected cannot be reasoned with and there is no known cure. They cannot recognize even their closest friends. Anything that attracts their notice risks being torn apart, including one another. Quarantined in a desperate attempt to contain the December Plague, the patients and staff of Wing Memorial hospital are left to fend for themselves. When the small security force sent to aid them are wiped out, the Infected run loose in the halls and Neil is trapped inside with them. Even worse is the knowledge that containment has failed and the outside world has no idea what’s coming. 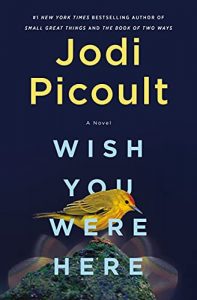 From the #1 New York Times bestselling author of Small Great Things and The Book of Two Ways comes “a powerfully evocative story of resilience and the triumph of the human spirit” (Taylor Jenkins Reid, author of Malibu Rising) Rights sold to Netflix for adaptation as a feature film Diana O’Toole is perfectly on track. She will be married by thirty, done having kids by thirty-five, and move out to the New York City suburbs, all while climbing the professional ladder in the cutthroat art auction world. She’s an associate specialist at Sotheby’s ...

It’s a dangerous thing, creating glass slippers for a prince … Seventeen-year-old Chiara Dragoni is a master glassmaker of Venice, a position that is both a privilege — and a trap. For the glassmakers of Murano are forbidden to ever leave the islands of the Venetian lagoon. When Chiara’s uncle is caught on the mainland and thrown into the dungeon of the Doge’s Palace, she must use all her talents, including magic, to help free him. But the gift she creates for a prince of ...

A truly original book in every sense of the word, The Dictionary of Obscure Sorrows poetically defines emotions that we all feel but don’t have the words to express, until now—from the creator of the popular online project of the same name. Have you ever wondered about the lives of each person you pass on the street, realizing that everyone is the main character in their own story, each living a life as vivid and complex as your own? That feeling has a name: “sonder.” Or maybe ...

“One of the best Bosnian War books of all time” – BookAuthority “Mujagic’s prose is descriptive, polished, and features well-integrated historical and political details without ever becoming dry.” – BookLife Prize Sarajevo 1992: a page-turning witness account of teenage life in a city at war that will immerse you in a world where survival is the only thought. At the age of fourteen, Nadija watches from her window as tanks roll into the airport across the street. It’s the beginning of the Serbian siege of ... 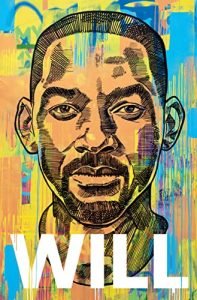 “It’s the best memoir I’ve ever read.” —Oprah Winfrey “Will Smith isn’t holding back in his bravely inspiring new memoir . . . An ultimately heartwarming read, Will provides a humane glimpse of the man behind the actor, producer and musician, as he bares all his insecurities and trauma.” —USA Today One of the most dynamic and globally recognized entertainment forces of our time opens up fully about his life, in a brave and inspiring book that traces his learning curve to a place where outer success, inner happiness, and human connection are aligned. ...