Meet Finnegan MacManus, or just “Finn” as he prefers to be called. His life began when he was 18 years old. He was born 18 years earlier, but he had never truly lived. Since birth he had been different and his parents were indifferent toward him. His mother never bonded with her infant son. He never cried or smiled. As he got older he would scream and throw his arms around when something did not go his way. And nothing ever went his way. The world was a series of confusing sounds, uncomfortable situations, unbearable textures and complete chaos. His father could barely stand the sight of his son and as a young boy he was sent to hospitals and group homes for the mentally disabled. He spent his childhood between strangers and a house of strangers.
In the midst of a panic attack Finn runs into a diner where he will meet a man that will change his life forever. Finn had gone from institutions and his dysfunctional family home to a homeless shelter, but that would soon be his past as he begins to build a life, step by step, one day at a time. He learns that he is not mentally disabled and fights for a ‘normal’ life. While he cannot change who he is, he finds people that are willing to make his world easier as he slowly adapts to the world around him. He learns that he is autistic but quite gifted. Finn’s life is rapidly changing and his talents are intriguing to intelligence agencies that begin to seek him out. But Finn resists pressure and opts to stick with choices that make him comfortable and he continues to surround himself with people that care for him and have given him a chance at a real life. 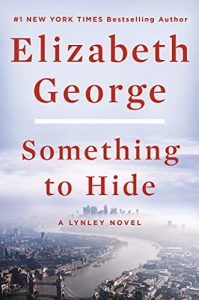 Detective Sergeant Barbara Havers and Detective Inspector Thomas Lynley are back in the next Lynley novel from #1 New York Times bestselling author Elizabeth George. When a police detective is taken off life support after falling into a coma, only an autopsy reveals the murderous act that precipitated her death. She’d been working on a special task force within North London’s Nigerian community, and Acting Detective Superintendent Thomas Lynley is assigned to the case, which has far-reaching cultural associations that have nothing to do with life as ... 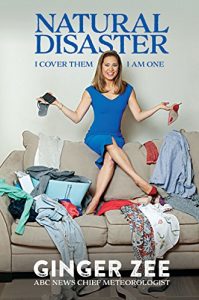 ABC News chief meteorologist Ginger Zee pulls back the curtain on her life in Natural Disaster. Ginger grew up in small-town Michigan where she developed an obsession with weather as a young girl. Ginger opens up about her lifelong battle with crippling depression, her romances that range from misguided to dangerous, and her tumultuous professional path. This cyclone of stories may sound familiar to some—it’s just that Ginger’s personal tempests happened while she was covering some of the most devastating storms in recent history, including ...

Tucker Decker is an infamous billionaire. He’s ruthless, impulsive, cold-hearted, and hot as sin. He likes his relationships casual and his commitments without strings. But when it comes to his former bandmates, he’d do anything for them. Tragedy demands sacrifice. 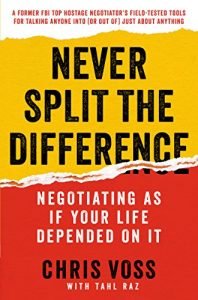